With the demise of the Youth Quest boys mentoring programme, which had received up to 80% of funds raised by Kapiti Run for Youth (KR4Y) since inception seven years ago, we have developed a new fundraising model, says Richard Calkin of Web Genius.  Richard goes to say, “we have thought carefully about what we are wanting to achieve, which is to raise as much money as possible for distribution to a variety of official Fundraising Partners that operate in the Kapiti youth space.  We are also delighted to hear that Terry Poko and Darcy Hata have been contracted by Kapiti Youth Support to carry-on with at risk youth mentoring on a short-term basis until a longer-term strategy is resolved.”

“We have decided to adjust our fundraising model to split the funds raised to go 70% to the official Fundraising Partner chosen by the participant at the time of registration and 30% will be retained towards running and promotion of the event,” says Richard.

“We like this approach as we believe it offers a strong incentive for a variety of youth-based organisations to get involved and raise as much money as possible which will then see 70% returned to them to use within their organisation to benefit youth initiatives in Kapiti, says Helene Judge, Campaign Manager.  The real advantage of being a Fundraising Partner means the event is formerly organised and has infrastructure in-place to handle the registration and sponsorship platform.  Groups just need to get a team together, seek sponsorship and come along for a fun day on the beach walking or running.

The other exciting factor is when individuals register to participate they choose from the official Fundraising Partner list, so it remains a mystery until after the event as to the total funds raised and how those funds will be split amongst Fundraising Partners.  “It’s therefore a good idea for Fundraising Partner’s to promote their involvement as then participants can be thoughtful about who they choose to raise money for,” says Helene.

To be a registered Fundraising Partner you need to be working in the ‘youth space’ in Kapiti – go to the KR4Y website to register your interest which will be considered and approved quickly by KR4Y.

Registrations are open, to participate in KR4Y 2018.  It’s easy to register and set-up your individual or group profile online.  Once you have done that, tell your friends, family and colleagues so they can sponsor your efforts.  There are four options to choose from: 12km walk, 6km walk, 12km run and a 6km run with staggered starts between 10am and 11.30am.  It’s free to register with every participant needing to achieve a minimum of $20 sponsorship to qualify.  Register >> 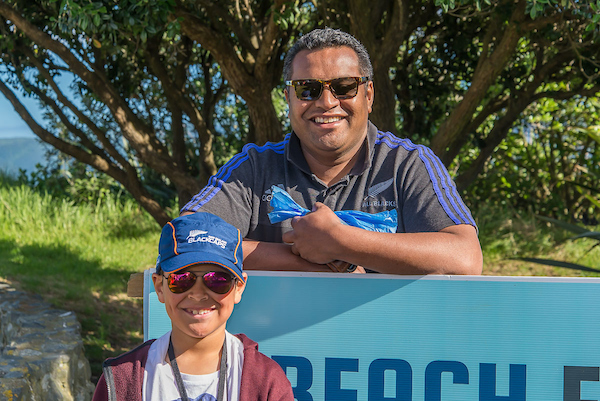 + Text Size -
Do NOT follow this link or you will be banned from the site! Original generation time 1.8719 seconds. Cache Loaded in: 0.0519 seconds.