Kapiti Run for Youth took place on Sunday 25 March with 272 participants.  Sponsorship is still open until Friday 6 April however funds raised at this point are nudging $20,000.

“This a truly awesome effort and once we close sponsorship we hope to tip over $20,000,” says Helene Judge, Campaign Manager.  She goes on to say, “we were delighted with the really large happy crowd that arrived on the day and for persevering with some pretty full-on showers early on.  Then the sun came out and everyone had completed their walk or run by 12.20pm so it was a fantastic effort by everyone.  If you go to our Facebook page you will see a short video that captures the essence of the crowd starting the 6km walk and 12km run at 11am.”

Richard Calkin, Founder of Web Genius says, “our minds are now turning to the reconciliation and paying out to Fundraising Partners.  We will then debrief and start the process again to run Kapiti Run for Youth next year and beyond for the benefit of youth in Kapiti.”

Kapiti Run for Youth is not a competitive event as everyone is a winner from our perspective by simply participating and raising as much money as we can for Kapiti's youth.  However, we do giveaway prizes from Event Sponsors, CityFitness and Shoe Clinic, to the winners of each event.  This year congratulations go to:

12km Run – Connor Johnson who was part of the Kapiti Youth Achievement Trust team who ran an amazing 46 mins. We also highly commended Daks Barton for his efforts in this run.

6km Walk – Matthew Johnson and Leila Phipps from the Raumati Swimming Club and Sophie Handford from Kapiti College all passed the line together in 50 minutes.

The official photographer, Lee Frampton of 16Nine Photography has taken a wonderful album of memories.  They have been loaded as the 2018 Gallery on our website and posted in the Kapiti Run for Youth Facebook page for everyone to enjoy >>

Huge thanks go out to every participant whether walking or running individually or in a group, our Event Sponsors and 56 Business Sponsors who have committed a whopping $13,000 to the total sponsorship raised.  70% of the Business Sponsorship will be directed to Kapiti Youth Support so they can continue running their at-risk youth mentoring programme that was done by Youth Quest before their demise.

“We continued to be humbled and extremely grateful for the support and participation shown by everyone who chooses to get in behind Kapiti Run for Youth,” says Richard Calkin.  Everyone deserves a rest now and we will turn our focus to reconciliation and paying out funds to our official Fundraising Partners for 2018: Kapiti Youth Support, Kapiti College, Paraparaumu College, Kapiti Youth Achievement Trust, Raumati Swimming Club and ZEAL Kapiti. 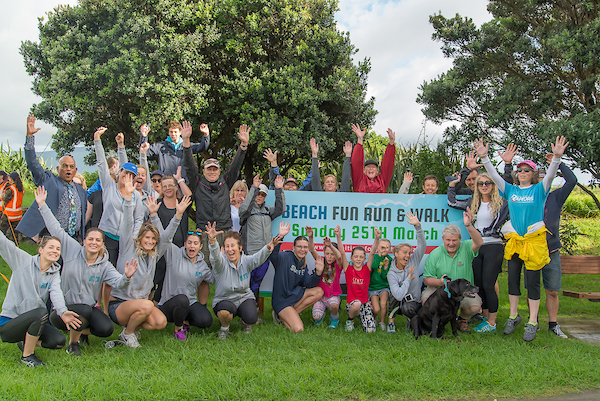